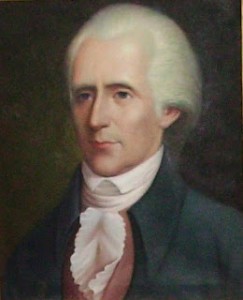 A Leader who sets a Nation Free

Great Leaders set others free. On June 7th 1775, Richard Henry Lee of Virgina presented a resolution for the united colonies to be free from British rule. “Let it be resolved that these united colonies are, and of right ought to be, free and independent States that they are absolved from all allegiance to the British Crown, and that all political connection between them and the State of Great Britain is, and ought to be, totally dissolved “http://www.military.com/independence-day/history-of-independence-day.html. Lee’s words set the flywheels turning for a series of events that led to the drafting of a formal Declaration of Independence and on July 4, 1776, the thirteen colonies claimed their independence from England – an event which eventually led to the formation of the United States. Each year on July 4th, also known as Independence Day, Americans celebrate this historic event.  These few words and a series of action, set in motion that which would change the history of this great nation and its people forever. Last week we celebrating over 200 years of independence, but it took one leader who considered the welfare of the people above his; one leader who sought the good of the people and acted to bring about change. Freedom cost a price, oftentimes not to the one who enjoys its, but to the one who gave his life for it. Thank you to our forefathers who paved the way for our independence.

A Leader who sets Addicts Free

Another great leader got his call in 1958 to go and help those boys in New York City. David

Wilkerson was a 26 year-old Pentecostal preacher from Pennsylvania who answered the call to go to New York. After a series of encounters with God first, and then with addicts and gang members, the Teen Challenge ministry was started.  David had a clear vision for the addict “they could begin life all over again, with the fresh and innocent personalities of newborn children.” This time they would grow up in an environment surrounded by love. “A house where these new kids could come – a really nice house where they are welcomed and loved, the door would always be open; there would always be lots and lots of beds, clothes to wear and a great big kitchen for meals.” Today, there are over 1200 Teen Challenge homes like this in 102 countries of the world. It all started with one leader leaving his family in Pennsylvania to go and help those boys. In Teen Challenge, being set free is no small task. Our students walk in with years and years of lies, generational curses, hurts and other issues embedded deep into their hearts and minds. They enter as slaves – trapped in a dead-end life of sin. A slave is a transient, who can’t come and go at will. They enter Teen Challenge where Jesus steps in and break their chains of sin and shame and cover them with grace; He reaches out a hand to save and set them free. He transforms slaves into sons, who have an established position in the house (the Kingdom) and who can run around it with glee. Teen Challenge is where life-transformation happens – people encounter God and are born again into a new life. We are establishing sons and daughters to enjoy their freedom in Christ – serving the Lord with gladness. No more legalism and religion, they have experienced Love which motivates them to freely give to the One who paid the price for them.

A Greater Leader who sets the World Free

Over 2000 years ago another great leader, in an expression of love for people, gave a 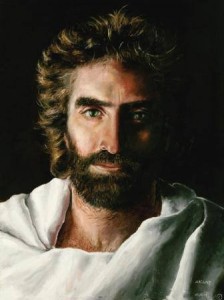 most precious gift – His Son who stood in our place to set us free. “This is how much God loved the world; He gave His Son, His one and only Son.” Why? “So that no one need be destroyed; by believing in Him, anyone can have a whole and lasting life; those who trust in Him is acquitted.” (John 3:16-18, TM).  He gives us new desires and a new heart altogether that would want to follow Him. So if the Son sets you free, you are free through and through.(John 8:34-38, TM). Jesus says “if you stick with this, living out what I tell you, then you will experience for yourselves the truth, and the truth will free you” (John 8:31-32, TM). This truth is the Word of God which expels darkness and help us to walk in the Light.  To walk in the Light means to be free from darkness. The ultimate sacrifice for your life was paid by one man who gave His life – Jesus Christ.

As a leader, what are you willing to sacrifice so that others are set free and experience New Beginnings?