In honor of the Super Bowl, last month’s article was on The Arena.  The Arena is the place 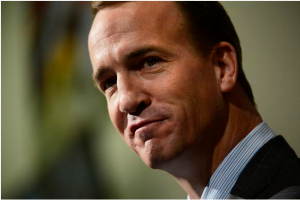 where legends are born- legends like Peyton Manning.  Most of you know that Peyton just retired from football, after eighteen years of hard work and dedication.  The Denver Post printed an article covering the story called, Peyton Manning’s Legacy Will Need to Be Told By Others. Here is an excerpt from that article,

“At Manning’s retirement ceremony…the final question was in regard to Peyton’s footprint revolutionizing the position of quarterback, and what impact he would have on future quarterbacks. He responded: ‘I can’t answer that myself…’ Peyton would decline to define his legacy. That delineation of influence will be left up to millions of other people…”

Success in the arena has many aspects but, when thinking about the subject, two things really came to my mind.  The first aspect is summed up by this quote from an anonymous author, “Success isn’t just about what you accomplish in your life, it’s about what you inspire others to do.”  Many of you have experienced success in this area.  Whether you have inspired a student to be the father or mother that God had called them to be or an intern to work for a cause that helps others or maybe you have inspired your own son or daughter to follow in your ministry footprints- success has to do with what you influence others to do- this is an important part of your legacy and those that you have inspired, will tell your story.

Secondly, success in the arena has to do, not just with personal “wins,” but with team wins as well.  Read Manning’s definition of success in the arena, “When I look back on my NFL career, I’ll know without a doubt that I gave everything I had to help my teams walk away with a win.”

This is a challenge to all of us- are we doing everything we can so that our team wins?  Yes, we want personal success and legacy but there is nothing more inspiring than seeing a team play for team success.  It brings great glory to God when His people work together for a common cause and a common victory.  When this happens, no one man gets accolades; the accolades rest at the throne of God.

How do we manage this kind of legacy?  How do we gain the success that inspires others and brings both personal and team victories?  Read what Peyton is quoted as saying, “There were other players who were more talented, but there was no one who could out-prepare me. And, because of that, I have no regrets.”

Peyton Manning was not the most talented quarterback the NFL has ever seen but he arguable was the most prepared.  I want to challenge you today to prepare for success.  The most important and effective way to do this is through prayer and the study of God’s Word.  When we put on the full armor of God, we are prepared to expect, fight and win the daily battles that rage in our lives.  As we focus on preparing for success, we will inspire others, see victories in our lives and in the lives of our teammates. It is then we will leave a legacy for others and we will say, like Paul, “I have fought the good fight, I have finished the race, I have kept the faith.” 2 Timothy 4:7

In the Arena Together,

Mark your calendars for the ELP Summit April 21-23, 2016 at the Lakeside Retreat and Event Center, Seale, AL. Arrive Wednesday evening, April 20th and depart at noon on the 23rd. Look out for more information in the next week from Mike Randle who is coordinating the event. The first person who guesses the correct years for each of our Summit logos will get a prize! Email: andree.aiken@teenchallenge.cc 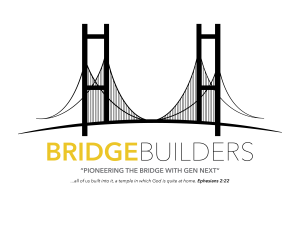 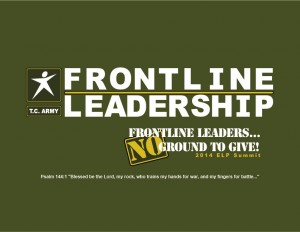 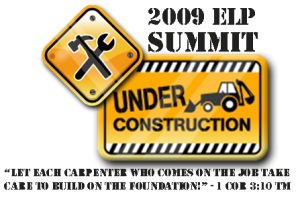 and our text: Experiencing God by Blackaby, Blackaby and King. God is inviting you to experience Him in an intimate love relationship through which He reveals to you His will, His ways, His work. Through the biblical principles in this course, God can teach you how to:

When you recognize where God is working you can join Him in what He is doing. Then you will experience God doing through you what only He can do. The ISBN # is 9781415858387.

Our course for the Adolescent track is Discover your God-given Gifts and the text: Congratulations! You’re Gifted!

by Doug Fields & Erik Rees. Your students will discover the place where their God-given passions and strengthens intersect, and find the way they’re designed to serve. They’ll learn about their SHAPE – “S-piritual Gifts,” “H-eart,” “A-bilities,” “P-ersonality,” and “E-xperiences.” They’ll stop serving because that’s what they’re “supposed” to do and start serving from the depths of their heart and soul because it’s what they were created to do.

This month we welcome John Powell and Kori Briscoe (Hope Outreach, Columbia, SC) to the Level II!. Both leaders are graduates of the Emerging Leaders College and are now serving at our Hope Outreach in SC. Welcome guys! Thank you for answering the call of God on your lives and for being a student of your call. The lessons we can learn in leadership never ends. Looking forward to walk this journey with you.

Congratulations Becca Price, Women at the Well, PA for completing the Level II!

Congratulations to Mike Spivey, Jacksonville for moving on to your electives!

Our next core course is Ethics and Integrity and we’ll look at a wonderful book by Dr. Henry Cloud called Integrity –

the courage to meet the demands of reality.

Oftentimes we do not connect the dots with how integrity of character really works day to day, and how it affects our real results in the area of life which matter to us most. In this book we will look at six areas of character that will help us to connect the dots. A person with integrity has the ability to pull everything together, to make it all happen no matter how challenging the circumstances. 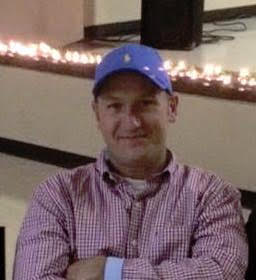 ame is Steven Newman. I was born in Augusta, GA.  I grew up in a wonderful and loving family. My parents were always there for me and still are to this day. My mother has always been a very godly woman, so I was raised up in Christian schools. High school is where it all started. I got with the wrong group of guys and stole a car, went to the mall, and robbed a woman. We got caught and I received probation. I continued with my madness and started selling drugs. I got caught and got out again with probation. My mother and father would always hire me the best lawyers and getting me out of trouble. So, eventually I didn’t worry about getting caught. I continued selling and was successful. Everything Satan wants us to have is to blind us from GOD. Houses, Boats, Cars, Motorcycles, anything you want.

Well I got caught again, and had the best lawyer so I knew with enough money I would get out. But this time, I remember my lawyer telling me “Steven I can no longer take your case the feds want you. I cannot win.” I knew then I was going to prison. Plus the feds wanted me to give information to them, which I could not do. My boss knew where my mother, brother, and whole family lived. Yes, I feared him! So I wouldn’t cooperate. I was sent to Prison 5 different federal penitentiaries.

From 1999 to 2012 I was in and out of Federal Prison system. When I got out I met a wonderful Christian woman. I had a great job everything was great. However,  I fell Into Satan’s hands again. A certain woman moved next door and eventually I started going over to her house and using meth, heroine and partying again. I never would have thought I would become a junkie. The same person I sold to—I had become. My girlfriend left me after the other woman told her everything when she was intoxicated one night. I lost everything and was living out of my truck, begging my mother for money, and taking showers at the truck stop. On top of that, I was facing multiple new charges.

My brother and mom came and got me out of jail and I came home. I realized I needed help when my daughter told me “Baylin (my son) has a step dad who sits on the couch all day and a dad who he watched grow up in prison to look up to.” The very next day I searched for rehabs and came across Teen Challenge. They took me immediately. I made a commitment to myself and my family that no matter what I would be straight for a year. Satan has yet to steal my victory. God has restored my relationship with my beautiful twins and my family!

Now, I’m the one chosen to do the prayers at special occasions. I also serve food to the homeless, and talk to drug addicts every chance I get to share the hope of Jesus with them. Only God could make that change.  I graduated from Middle Georgia Teen Challenge in July 2015 and have recently finished my 6 month internship. I’m in the ELP program where I’m learning leadership roles. I have the responsibility of work project coordinator. I’m still currently here at Teen Challenge 20 months later because I honestly feel God’s calling to this ministry and to give back to the young adults to keep them from going down the path I went through.