Over the past several weeks, I have been contemplating “freedom.” With Memorial Day, we remembered those who died in military service for our freedom.  As I walked on the streets of Cuba, this month, I couldn’t help but think of the lack of freedom in the lives of the good people that lived there.  When we watch the news and hear about the oppressed around the world, a voice rises up in us and calls out to the captives, “Fight!  Fight for your freedom!”  It is a longing in every one of us, in every aspect of life- to always be free.

It is interesting that the opposite of free is exactly what it is- costly.  Every time an individual enjoys the luxury of freedom, the mind must go back. There was a cost somewhere; a payment made, along the way, to purchase that freedom- a transaction that would catapult into the future lives of others- affecting them on a daily basis.  Someone, at some point, paid for each freedom that is possessed.

Webster defines freedom as a noun:  “The state of not being imprisoned or enslaved.”  In the movie Braveheart, William Wallace is fighting for the freedom of his country, Scotland.  At the end of the movie, he has been captured by England and is being tortured to death.  Legend says that in the last agonizing moments of his life, he, ironically, cries out, “Freedom!!!” for all to hear.  He is shackled and imprisoned but his heart is free because he has lived honorably.  As a result of his sacrifice, his countrymen are inspired and fight to eventually take their country back from England’s “enslavement” of them.

Take a moment to watch this scene: Braveheart – FREEDOM – Y#3299DC

In our contemplation of freedom, there is One that trumps them all- the ultimate and final freedom.  The eternal freedom that Christ gave to us through dying on the cross,

It is for freedom that Christ has set us free.  Stand firm, then, and do not let yourselves be burdened again by a yoke of slavery. Galatians 5:1

God recognized that no matter how hard we were to fight for physical freedom, we would never truly experience spiritual freedom from sin without His sacrifice.  Even in the days of Christ, the throngs were so focused on freedom from Rome that they didn’t see the One, before their very eyes, that could grant them freedom from every kingdom and dominion.

Christ recognized that physical freedom was temporary but spiritual freedom was eternal.  We need to remember that too as we share the Good News of the Gospel- the news that brings freedom to every facet of a person’s life, despite the physical strongholds they may find themselves in- whether it is a communist country, a prison cell, a wall street desk or a down town park bench- each one of us is invited to receive and experience the ultimate freedom that only Christ can give.

Jesus declared the war to be over when He said from the cross, It is finished.

Freedom is now at hand,

We’re just about two months out from our ELP Summit_Staff Day, August 15 -18, 2016. Our theme is “think simple, Dream Big.” We are keeping the simple things important while dreaming about how we can “Put Hope Within Reach of Every Addict.”  The three-strand cord of “Rebuilding the Altar,” “Raising up Sons” and “Put Hope Within Reach” were words spoken to Dr. J over the last few years. As we create structures and systems to accomplish our vision, we are mindful of the tension to simplify, simplify, simplify while we dream BIG, BIG, BIG!

We have some great speakers line up and several break-out sessions that we hope will help you practically work smarter while having vision for yourself and the organization. If you haven’t already registered, please register yourself and your participants here.

Looking forward to see you there! 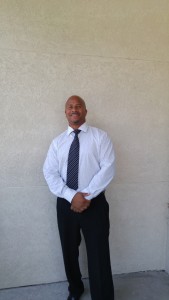 Teen Challenge Center:   I graduated the Jacksonville Men’s Center on March 27, 2016 which was Easter Sunday and I am currently serving as an intern.

My Testimony in Brief: After struggling with addiction to painkillers, crack & heroin for 25 years, I found myself hitting rock bottom. I lost everything & everyone that ever meant anything to me, my wife, two beautiful children, home and career, not to mention my sanity. Today I have hope because the ministry of Teen Challenge has offered me a fresh start at life.

The Purpose and Calling God has Given Me:  I have a purpose and through the Emerging Leaders Program, God has revealed his calling to me. I believe that God has placed a special anointing on my life to help break the cycle of addiction in the lives of others by seeing the radical life transformation that I have experienced. I also want to thank you for all you do and keeping the ELP vision alive and strong.

This month we welcome Kelly Adkins (Women at the Well, PA) to Level II! Kelly, we look forward to serving you and helping you to grow in your leadership!

We continue with our 3-month course Values in Leadership and our text: People First by Jack Lannom. 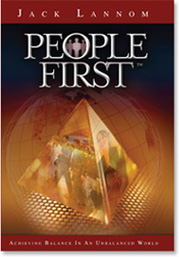 The first acrostic is Logos. Logos is a Greek word that is often translated as wisdom, doctrine or logic. Logic is framed on the foundation of knowledge. If you are building a structure like the Sears Tower or the Empire State Building, you must construct a massively solid foundation before you can safely and successfully erect the magnificent superstructure. Knowledge is the very foundation of leadership. The Leader’s Leader provides a unified knowledge base that unites everyone in the organization.

This month we welcome new Rep’s Mike Spivey, Level I & II graduate from Jacksonville Men’s and Holly Williams Level I and ELC graduate and staff at Pensacola Women’s to the ELP. Thank you for answering the call to raise up the next generation of leaders within Teen Challenge.

by Don and Katie Fortune. You will discover which of the seven motivational gifts listed in Romans 12:6-8 were given to you by our Heavenly Father at your birth. Why do you enjoy doing some things and do other things simply because they have to be done? These gifts are actually the key to understanding the very motivating forces in your life. You will understand the vast difference between the gifts of the Spirit, the gifts of Christ to the church and your personal, innate gifts you have had from birth.

Our course for the Adolescent track is Leading Others and our text: Hab

itudes #3 – The Art of Leading Others by Dr. Tim Elmore. The images Dr. Elmore provides are memorable and powerful in conveying key leadership principles. We want to communicate to our students that in the ELP, leadership starts first with leading yourself well, then with connecting with others and finally, we lead those under our care.

Southeast region Rep’s can go to Google Drive and search for ELP Monthly Order Form and Grade Sheet Edited. Look for your center’s name in the tabs at the bottom and fill in your information. No need to save or email the spreadsheet (Google Drive saves it and we can access the info from my Drive). If you place an initial order on the form and update the order later (i.e. add 2 more books) after we have ordered your books, please send and email to andree.aiken@teenchallenge.cc. All new applications must be in by the 10th of the month for students starting the 15th.