We could all probably muster up images of any number of movies where people are in bio-hazard suits to protect them from something contagious. We also probably can all think of someone we’ve been around where we wished we had better protection from the negative energy that had an effect on us. Or maybe it’s been ourselves that displayed a poor attitude to others. Either way, a leader’s attitude has a substantial impact on everyone around them.

Peter Stark stated, “One of the greatest gifts a leader can bring to a team is self-awareness and an understanding of their attitude and the impact it plays on relationships, the performance of their team, and everyone around them.” In the Southeast Region, we believe that having a Contagious Attitude means being people of optimism and belief—positive through every situation and full of confidence that we will succeed. Henry Ford said, “Whether you think you can, or think you can’t, you’re right.”

As we look at our mission to Put Hope Within Reach, the only way we will accomplish this is by attacking every obstacle with optimism and belief. If you really think about it, it’s impossible to have belief and not optimism, or to have optimism and not belief. They go hand in hand. What would it look like on our campuses if every obstacle were approached with the attitude of, “We can do this!” instead of “There’s no way this is possible!” What would it look like on our campuses if complaining was obsolete? What would it look like if camaraderie and teamwork created a momentum that nothing could stop? Our president Dr. Nance has stated, “Momentum allows you to make a few mistakes, because your momentum allows you to only observe the mistake for a short time and then it’s behind you. Without momentum you get to see your mistake for a long time and it takes too much of your time and attention. Momentum is the greatest friend a leader has.”

I believe that we can have such a positive culture in Teen Challenge, that it would be impossible for anyone to come in contact with us and not know they experienced something different. Let’s let our positive attitudes impact everyone around us! 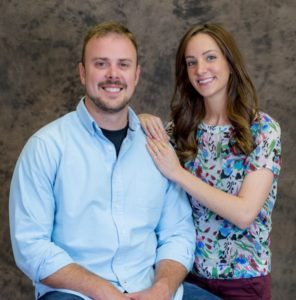 One thought on “CONTAGIOUS ATTITUDE”