Most everyone who is involved with Teen Challenge knows the story of David Wilkerson from the book, “The Cross and the Switchblade.” When David Wilkerson was just a 26 year old preacher he heard God calling him to sell his TV and spend the last two hours of each day in prayer. To his surprise, the next day he sold the TV for the exact price that he had in mind for it. Then he began to spend his nights in prayer and seeking the Lord. David Wilkerson had no idea that not only would this time in prayer change his life but it would also forever change history.

19 days into this new experiment he had a radical encounter with the Lord when he saw a Life magazine article about a young boy named Michael Farmer who was killed by a gang in New York City. As he looked at the article he heard the Lord speak to his heart that he was supposed to go help those boys. The thought would not go away. It filled his heart with such an unction that the very next night he stood in front of his small country church to try and raise enough money to drive to New York City and help the boys in the gang. He had such an encounter that suddenly he was filled with a boldness and a passion for pursuing the unknown. He now had an unnatural measure of courage because he had a word from God that had possessed him.

There are some really amazing observations that I want to make from this story and also I want to talk about how this story can really apply to our lives today. I see that first of all David Wilkerson was willing to step out and sell his TV. I also notice that he was willing to sacrifice and give up an extended period of time each night to be with The Lord. Lastly, I see that he was simply obedient with the word that the Lord gave him. These three things all brought David Wilkerson to a place where he was positioned to receive a word from Heaven that would not only change him but all of history. We are called to change history and impact the world around us.

What separates leaders who simply controls and those who change history?

They are willing to do the following:

Many times God calls us to do things that are really unusual. When we listen to Him this opens up the ability for Him to break into the everyday and ordinary places of our lives. We can become so complacent and comfortable and it is in these times that he challenges our faith and brings us to new places. We must be willing to step out if we want to step into the destiny that God has for us as world-changers.

This is demonstrated to us through the story of Peter when he steps out onto the water towards Jesus. That act of faith is what separated him from every other person that was in that boat. All of the men in the boat were disciples of Christ but Peter stood out because he was willing to step out. We see the fruit of this willingness in Acts Chapter two when he is the first to step out and boldly proclaim the Kingdom of Heaven to those in Jerusalem. The church was birthed because of Peter’s willingness to step out. God is calling each of us to do the same!

Everything great that we do in life requires that we sacrifice other “good” things for the “greater.” We make sacrifices and choices every single day on the way we spend our time. We may sacrifice time watching a football game to be with our kids or sacrifice our relationships with friends to pursue a deeper relationship with our finance. Sacrifice is natural and is something that we all do each and every day. Every decision we make in life bears fruit in our lives. When we are willing to sacrifice some “good” things in our life for the better things that God is calling us to is when we begin to step into our destiny as world changers.

We can see an example of this in the life of John the Baptist. He was set apart as a forerunner of the coming Messiah even while he was still in his mother’s womb. Even though he had angels tell his mother that he was to be especially set apart from birth he still had to make a choice whether or not to comply. He was set apart in a Nazarite type vow and chose not to partake of certain things because God had a special plan and a special purpose for his life. Because of his obedience in this and making such a huge sacrifice he got one of the coolest privileges in all of history… He got to baptize Jesus! God has huge plans for each of us and when we are willing to sacrifice the good for the best then we are able to step into them.

Once we have pressed in through sacrifice and stepping out God will eventually give us a word that will not only change us but will also possess us. This is what happened to David Wilkerson. He waited on the Lord until he had been given a word that absolutely possessed him and drove him along the path of his destiny in Christ. After we have received the word it is important that we practice simple obedience and do what God has shown us to do. When we begin to walk in this simple obedience to his word then we will begin to see greater miracles than we ever could have imagined!

I believe that God is calling each of us to consider how He might be calling us to step out and where we can make sacrifices. He has even greater things for our life than we could ever even imagine but sometime we are too complacent to find out what these things might be. I feel like He is calling each of us to take some time to consider what He might be calling us to do. I can only wonder what might happen if the body of Christ began to set aside 2 hours each night like David Wilkerson did for those 19 days. The Lord is just waiting for people who are willing to step out, sacrifice and simply obey. 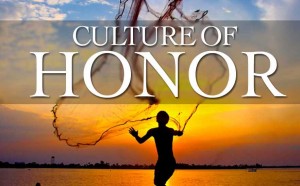 A culture rich in honor considers others better than themselves. Recently I was in Tallahassee coaching the emerging leaders on How to Create a Personal Life Plan. God has placed so much treasures in these men’s lives and such great callings that if we help each one fulfill their purpose they will in return help many others fulfill their purpose. The end result – a rippling effect of sons who are fitted with their sandals ready to go to work in God’s harvest.  At the end of our session we had a time of ministry anointing the feet of each emerging leader and praying for them that they would live their purpose and walk out their destinies. It doesn’t matter where you have been or where the other person have been, we honor those we serve above ourselves. Honor is defined as “to esteem, to admire, to look up to, to defer.” 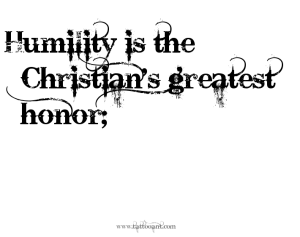 Jesus addresses a culture of honor in the story of the Pharisee and the tax collector in Luke 18. They both went to the temple to pray; the Pharisee practiced religion thanking God he didn’t have all the sins the tax collector had while the tax collector was beating his breast “God, be merciful to me, the sinner!” The Pharisee probably with his nose turned up was saying “thank God I’m not like him!,” while the tax collector humbly bowed his knees and prayed “Lord, have mercy on me!” As the body of Christ we are not self-focused or internally focused, we consider the higher call and greater good of others.  When we esteem, admire, look up to others as more honorable than ourselves it keeps us humble. “A striking thing about actual honor cultures is people will regard as honorable what they honor, and dishonorable what they despise, irrespective of what moral and political leaders tell them they ought to honor or despise” (James Bowman). We all want to be honored, yet the paradox is, when we are humble and honor others, then we are exalted. In the kingdom of God a culture of honor is permeated through humble souls, devoted to one another in love.

Who can you intentionally honor this week?

What are some things you can do to show this person you prefer them above yourself?

You can develop a healthy, robust community that lives right with God and enjoy its results only if you do the hard work of getting along with each other, treating each other with dignity and honor.~ James 3:18 (TM)