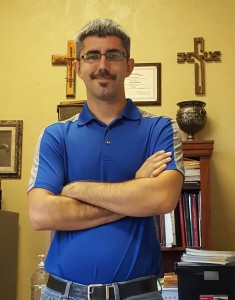 Testimony: Growing up, I came from a Christian family but never actually got saved or took it serious. When I was 16 my biological father passed away and shortly after that, I began smoking marijuana and drinking alcohol. This began a 10 year struggle with addiction and I would eventually experiment with everything except for heroin, with cocaine, benzos, weed, and alcohol being my drugs of choice. On November 24, 2014 I got my second DUI and was sentenced to 30 days in jail. While there I finally got saved and gave my life over to God. Upon being released on Christmas Eve, I entered Mercy House in Hurley, MS and then transferred to the Teen Challenge in Cape Girardeau, MO after completing induction. After graduating there I came to Pensacola Teen Challenge where I am currently serving in the Education department.

The Purpose and Calling God has Given Me: I believe God has called me to work at Teen Challenge and give the same gift I was given to others who are struggling with addiction.

The ELP’s impact on my leadership: It has made me a more patient and understanding person. It has also strengthened my relationship with God.

The ELP Rep is the key to the ELP on the local campus – they are a crucial element to the success and effectiveness of the program. This role is critical to raise up sons and daughters who are called long-term to Teen Challenge. Oftentimes it is overlooked so this month we want to take the time to celebrate the Rep’s on our campuses. Spend time to find out what fills their tank and make them feel appreciated. Here are a few ideas of how you can bless the Rep’s on your campus: 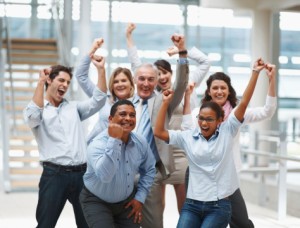 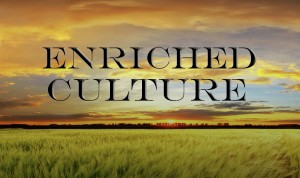 “Catherine Lawes was a young mother with three children when her husband became warden at Sing Sing prison. When the first prison basketball game was held, she attended with her three young kids and sat in the stands with the inmates. She insisted on getting to know them and their records.She discovered one convicted murderer was blind so she visited him over the next several months and taught him how to read Braille. Later, Catherine found a deaf-mute in prison. She went to school to learn how to use sign language so they could talk. Many said that Catherine was like having Jesus visiting Sing Sing prison from 1921 – 1937” (Habitudes 4).  After Catherine was killed suddenly in a car accident in 1937, all the inmates were allowed to walk to her home unsupervised to pay their respects and every one of them returned to the prison that night.

Danny Silk describes in his book A Culture of Honor one of the principles of this culture as “accurately acknowledging who people are will position us to give them what they deserve, and to receive the gift of who they are in our lives.”

A culture of honor starts with us accurately acknowledging the person God has brought to us; we can only do this when we recognize their God-given identities and roles. Sometimes because of what we see when a student enters our program, it takes a bit of 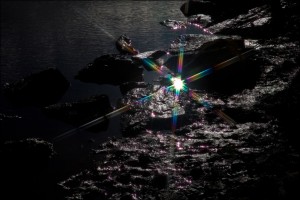 mining to find the diamond in the rough, the pearl in the oyster – but it’s there.

And coming to Him as to a living stone which has been rejected by men, but is choice and precious in the sight of God, you also, as living stones, are being built up as a spiritual house for a holy priesthood, to offer up spiritual sacrifices acceptable to God through Jesus Christ.  But you are a chosen race, a royal priesthood, a holy nation, a people for God’s own possession, so that you may proclaim the excellencies of Him who has called you out of darkness into His marvelous light” ~ 1 Peter 2:4-5, 9.

“In a culture of honor leaders lead with honor by courageously treating people in their God-given identity and not according to the aliases they receive from others” ~ Silk.  Ever wondered why God changed Abram’s name to Abraham and Sarai’s name to Sarah, and many others who received name changes in the Bible? It was usually to establish their new identity. Names speak destiny over the person. Imagine when God said ‘Abraham,’ each time He spoke ‘father of a multitude.’ He was actively speaking over Abraham his destiny. “Father, Mother, son, daughter, pastor, apostle, prophet, Christian, human being – defines a person’s role and identity and when used correctly, establish God-designed relationships in which specific rewards are given and received to build and strengthen us” ~ Silk. A son will always be a son, a daughter will always be a daughter, a pastor will always have a shepherd’s heart.

What would happen if we started accurately acknowledging the new identities of each person that walks through our TC doors? Ask yourself, “what is special, unique, and wonderful about this person? Then share what you see with the person and with others. Speak their life-purpose and destinies over them.

Those who come to us as students should leave as sons and daughters as well.