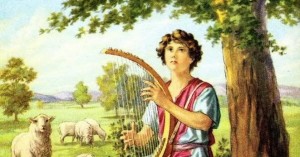 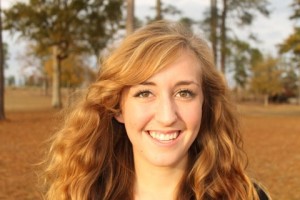 the Columbus Girls Academy in Seale, AL. Since coming here, God has brought me out of my life of darkness and emptiness. He’s given me such an overflow of His unending, perfect love and grace and I only desire to give Him my everything in return. God has definitely called me to ministry in Teen Challenge after I graduate, and although I’m not sure what that life will look like, I’m trusting Him to lead and guide me as He already has been. ELP has grown and challenged me in ways that have completely transformed my ideas on leadership. It’s shown me what an authentic leader looks like, and has given me the ability to walk more steadily in following Christ’s example, who proclaimed that a true leader is one that gives away their life for others.

“Nothing is more appropriate than getting excited when God does something in our lives.” ~ Beth Moore

I find it interesting that the last time I posted on my blog was in August. But I don’t find it coincidental. I won’t even blame it on the busyness. It has to do with the fact that God has been doing a major revamping in my life and in my heart. Most of you know that in August, I started life coach training. Part of that training was meeting with one of our instructors for personal coaching. For those of you who are unfamiliar with the concept of Christian life coaching, it’s helping someone discover what God is doing in their lives and helping them to cooperate with Him. What I realized personally, was coaching provided the optimal environment for change. I don’t think we ever really even talked about the big thing that I wanted/needed to change in my life more than once. But over the course of six sessions in 4 months, God changed my heart and my attitude about the thing that was giving me the most trouble. Having an open door to deep, meaningful, intentional conversation and relationship, without the fear of being judged, with the freedom to make mistakes, and with the accountability to take action on what God is telling me to do made a HUGE impact on my life.

You know how scientists tell us that the earth is exactly the right distance from the Sun, and it’s at the exact right tilt so that there can be be life on earth? The conditions are perfect, even though right now some of you would beg to differ because your weather is a little inclement. But ultimately we thrive because of our environment. Coaching is like that perfect environment for thriving. Even now God is giving me a reminder of the sweet babies in Romania that were left all alone in their cribs and failed to thrive. It’s because they lacked relationships. It’s because they didn’t have the love and support they needed to grow. Now, I know that meaningful relationships are not limited to the field of coaching, but I also know that in our chaotic, busy lives, we rarely take the time, energy, and effort to get real and to let others get real.

What is God doing in my life?
What is God saying to me?
And what am I going to do about it?

And then,  I did it! No, God did it! God did something in my life. And He wants to do something in yours also.