The Chinese used the term gōng hé to describe Marines in China around the 1900’s.  In the Chinese language gōng hé, roughly means “work together.” That’s what the “American Marines” were always doing, “working together,” the Chinese explained.  Gung Ho was introduced as a training slogan in 1942 by U.S. Marine Officer Evans F. Carlson which means “unthinkingly enthusiastic and eager, especially about taking part in fighting or 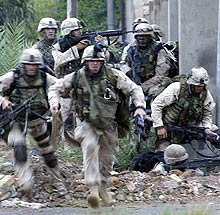 warfare.” Gung-ho people have a “can do attitude.” They are positive, they want to win and they are unthinkingly enthusiastic and eager about their jobs. You see this in how they interact with others (good customer service), you see it in how effectively they resolve interpersonal conflict and you see it in how they work productively with others. To have a Gung-ho working environment or to live a Gung-ho life we need to be driven by our values and know that our work is worthwhile .

In Teen Challenge we are fighting a war – a war for souls. C.T. Studd said “some people want to live within the sound of chapel bells, but I want to run a rescue mission within a yard from hell.” We are the Frontline Leaders who are running a mission a yard from the gates of hell – “putting hope within reach of every addict.”  We have to understand how our work fits into the big picture of things. We are a part of something much bigger than us – individuals, families and communities are transformed by the work we do. Our work matters and everything we do is relative to our mission and core values.

Driven by our Values

Our values are the real boss because they drive our behavior. Dr. Martin Luther King Jr said “If a man is called to be a street sweeper, he should sweep streets even as a Michel Angelo painted or Beethoven composed music or Shakespeare wrote poetry. He should sweep streets so well that all the hosts of heaven and earth will pause to say “here lived a 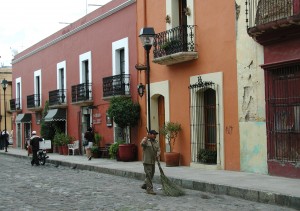